ONE ON ONE WITH DR. MARABETH GENTRY, PRESIDENT

REGISTER NOW AT: WWW.NCGCCINC.ORG FOR AUGUST 10TH "THE DORSEY CONVENTION"

PUBLICATION WILL BE AVAILABLE AUGUST 18TH

THE 87 TH YEAR WILL BE DIGITALLY CELEBRATED

ST. LOUIS, July 27, 2020 Determined to assemble its membership and celebrate its legacy, the

National Convention of Gospel Choirs and Choruses (NCGCC) will present a Virtual Convention like none other. The jam-packed conference will showcase a little of everything experienced at in-person conventions. Nightly services are set for Aug 10 – Aug 14, 2020 7p -9p (EST); and webinar classes will end the week on Aug 15 th from 10a – 2p (EST). Dr. Marabeth Gentry, president, proclaims in the 2020 theme that “Singing through Crisis” is our declaration to faithfully do what we are called to do whenever, wherever and in whatever. The Board of Directors, department leaders and planning team echo her sentiments and are excited to introduce more of the world to the organization affectionately known by its founder’s name, The Dorsey Convention. Great gospel music from all genres, greetings from iconic songwriters and industry leaders will grace the 87 the NCGCC convention screen that will be streamed on www.ncgccinc.org, NCGCCInc/YouTube.com, NCGCCInc/FaceBook.com, and aired on 360WiSE TV at www.360wisetv.com and ROKU Digital TV. Through their new partnership with 360WiSE TV, NCGCC will air on ROKU Digital TV and www.360wisetv.com as “The NCGCC Show”with regular programming commencing early August 2020. To register, promote your business and get more info about the National Convention of Gospel Choirs and Choruses’ FREE 2020 Virtual Conference, go to www.ncgccinc.org. Check out the commercial which outlines musical guests, special presentations, enlightening interviews and the dynamic convention choirs. Many years ago, Dr. Dorsey said what stands true in this season, “music is written for the universe and therefore the NCGCC rededicates its commitment to the future of gospel music. The Father of Gospel was clearly prophetic.

About The Founder, Dr. Thomas A. Dorsey

Chicago and began playing the blues behind such greats as Ma Rainey. In 1921, he began writing

religious music. After the death of his first wife and son, Dr. Dorsey wrote the remarkable song,

“Precious Lord, Take My Hand”. He served as Director of Gospel Choirs at Pilgrim B.C. and traveled extensively teaching his 400+ compositions. As choral music became popular, Dr. Dorsey saw a need to organize choirs into unions and ultimately founded the National Convention of Gospel Choirs and Choruses in 1933. He remained president of the NCGCC for six decades and was ceremoniously referred to as “The Father of Gospel Music” by the growing gospel music community. He was inducted into the Gospel Music Hall of Fame in 1982 and transitioned to Glory on January 23, 1993.

THE WATER MAN - MUSIC VIDEO: “What Love Does”

ONE ON ONE WITH DR. MARABETH GENTRY, PRESIDENT 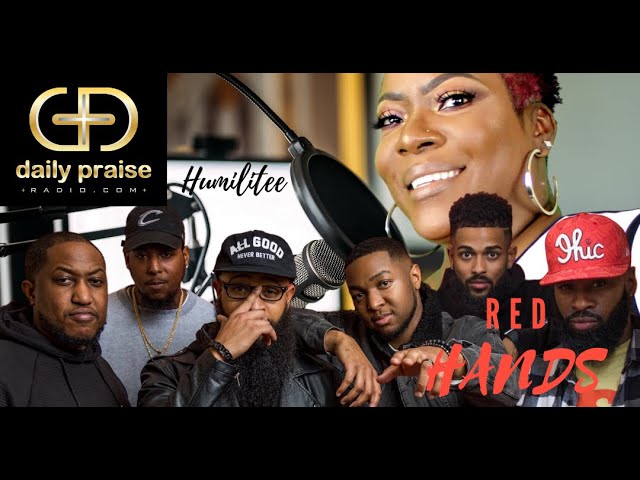